The truth about Heathrow expansion – Danger to the public

Heathrow is by far the most dangerous airport in the country in terms of the risk to people on the ground.

Heathrow has far more planes than any other airport in Britain.  Therefore the chance of a crash near the airport is greater around Heathrow than anywhere else.

Furthermore, the planes fly over by far the largest concentration of people. So if a plane does crash, it is more likely to kill people on the ground. 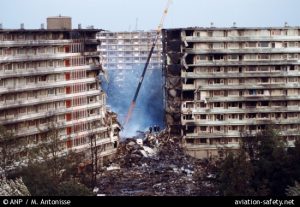 A crash into, say, a tower block would be horrific.  The death toll could be far higher than Grenfell Tower because there is no time to evacuate.

Heathrow is – quite simply – in the wrong place.

Not content with Heathrow being the most dangerous airport, the government plans to make it even more dangerous.  50% more.  (The NPS notes that the chance of any particular plane crashing will not be affected by a third runway and extra planes. But with 50% more planes, the chance of one crashing onto innocent people on the ground goes up by 50%.)

Shockingly, there is not a word about this increased risk in the draft NPS (National Policy Statement).

The government is clearly prepared to subject people to a greater risk and, cynically, tries to hide the issue.

So who is responsible for this cover-up?

In the absence of named authors of the NPS or the reports that contribute to it, the responsibility must fall on the senior civil servants and the politicians in the chain of command responsible for the NPS.