The truth about a third runway and noise 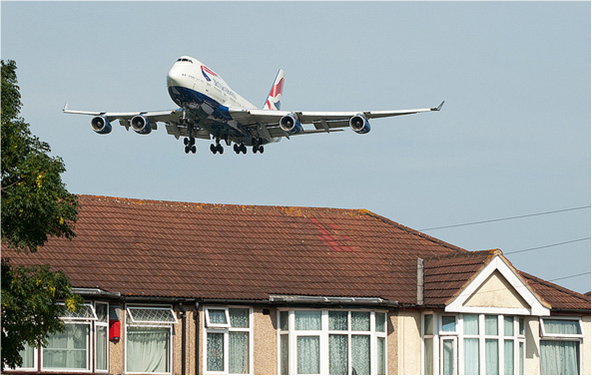 Noise is perhaps the most obvious consequence of expanding Heathrow.  Not only are there the obvious effects such as annoyance and disturbance during the day. Night flights wake people up (or keep them awake) which is a serious quality of life issue. There is now good evidence of health impacts from aircraft noise. An AEF report provides detail.

Heathrow is already by far the worst airport in the UK and Europe in terms of its current noise impact .

The government could clearly not get away with ignoring noise in its promotion of a third runway. Extensive work has been done by the Airports Commission and latterly the Department for Transport (DfT). But what is now very clear is that the noise impact of a third runway has been systematically under-represented by the DfT to MPs and the public alike.

The government has tried to conceal the true noise impact of a third runway by keeping its calculations secret and by not telling the whole truth in its public documents.

See numbers affected by noise  on how the government claims that only 92,700 more people would be affected by a third runway when the document it wanted to keep secret shows far more.

See also how the government has calculated a monetary or economic valuation of the noise impacts of a third runway, which would be £74 million in the year 2030 alone.  The noise cost of a 3 runway airport would be £350 million in 2030 alone. See true cost of noise .

The government has no proposal to make Heathrow airport or the airlines compensate anything like a realistic amount those who would suffer the impacts.