The government has launched a consultation on transport and climate change.

While it seems surprisingly ambitious on road traffic, it totally fudges the issue of aviation. This is obvious when you see statements such as “We will lead the development of sustainable biofuels, hybrid and electric aircraft to lessen and remove the impact of aviation on the environment and by 2050…”

None of the experts, including the government’s own Committee on Climate Change (CCC), believe that these cannot make more than a small contribution to reaching the ‘Net Zero’ target of CO2 emissions by 2050.

Is the government already demonstrating it is not serious about Net Zero?

The government may hope that no-one will notice because of the coronavirus crisis. They are wrong! We must not and will not allow government to back away from action on the far greater threat of climate change. 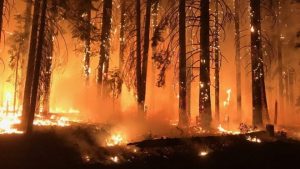